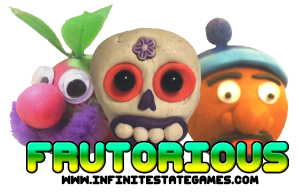 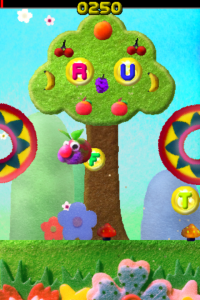 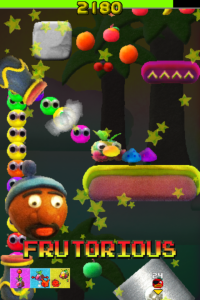 Infinite State Games have taken some plasticine, some felt and a whole lot of soul and have fashioned together a brand new game to download on the AppStore for iPhone and iPod touch.

An evil skull called Pedro has turned all of Mr Fruts’s friends into FRUITS! Don’t worry though, because Mr Fruts and his best friend Frutorious F.I.G. is off to get them back. 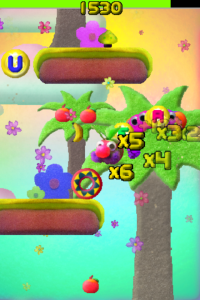 Guide Mr Fruts back to Mrs Fruts using an intuitive slingshot control scheme while turning as many fruits back into fluffs as possible… but be quick! Pedro the skull is always waiting to get up in your grill. And that’s not all, there’s a whole heap of other baddies like owls, blockboys, keith the pumpkin and the FRUT-THIEF!

We think you’ll love our quick fire levels over a four hand-crafted seasons set to a dub and g-funk soundtrack, and the voice of Frutorious F.I.G. provided by UK Hip hop artist ‘ChetMega’.

It’s RECESSION FRIENDLY! On release the game will be free to download and packed to the brim of fun things to do without having to spend any money… 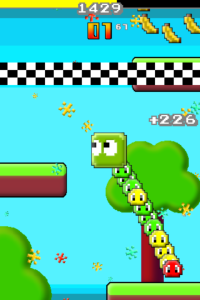 There’s GameCenter leaderboards for Frutorious Pro and the main game, along with a stack of fun, daft and tricky achievements.

You’ll be able to expand on the generous free game later on by unlocking Frutorious Pro on Freeplay to enjoy any time you like, as well as be able to purchase two extra packs of 36 levels each which should satisfy even the most hard-core of Frutorious addicts .

You’ll even be able to purchase the FRUTORIOUS KEY which unlocks all the extra levels (giving you 108 unique levels) AND Frutorious Pro Freeplay for you to enjoy at a discounted price! AAAH YEEAAA!

We’re a team of friends who met in the games industry and despite moving jobs and careers, stayed working together. Sharing a mutual passion of video games, we combined our industry-honed talents plus a huge dollop of our unfettered imaginations to make games for everyone and anyone.

Find out more at

CLICK HERE to download this press release in .doc format along with a press pack of screenshots and other media