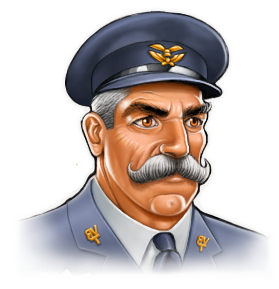 What ho, my old fruities!

Now look here, I’ve got some intel on the enemy forces you’ll be taking on in Rogue Aces. 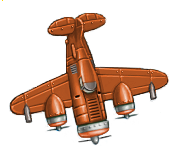 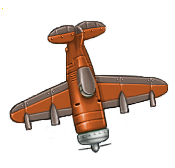 There have been larger enemy assets spotted in the skies, but we’re going to need you to investigate those for yourself, pilot.  We do however have this classified silhouette…

T021 Death Tortoise Tank – slow but capable of killing you in one shot.

SS. Rusty Destroyer – The tank of the sea!

Armoured Train – the enemy has taken to adulterating beautiful choo-choo trains and sticking a load of horrid guns on them.  These are modular and change their configuration according to the threat level.

There are reports of much larger nautical military threats out there, but nothing concrete.  All we have this this classified silhouette…

Now, there’s still a few months until we start our all out assault on the enemy, and it’s quite possible that we’ve missed some threats off of this intel report that you’ll have to encounter in the field.

In the mean time, we suggest you follow infinite state games on Twitter to keep abreast of the latest intelligence coming in.